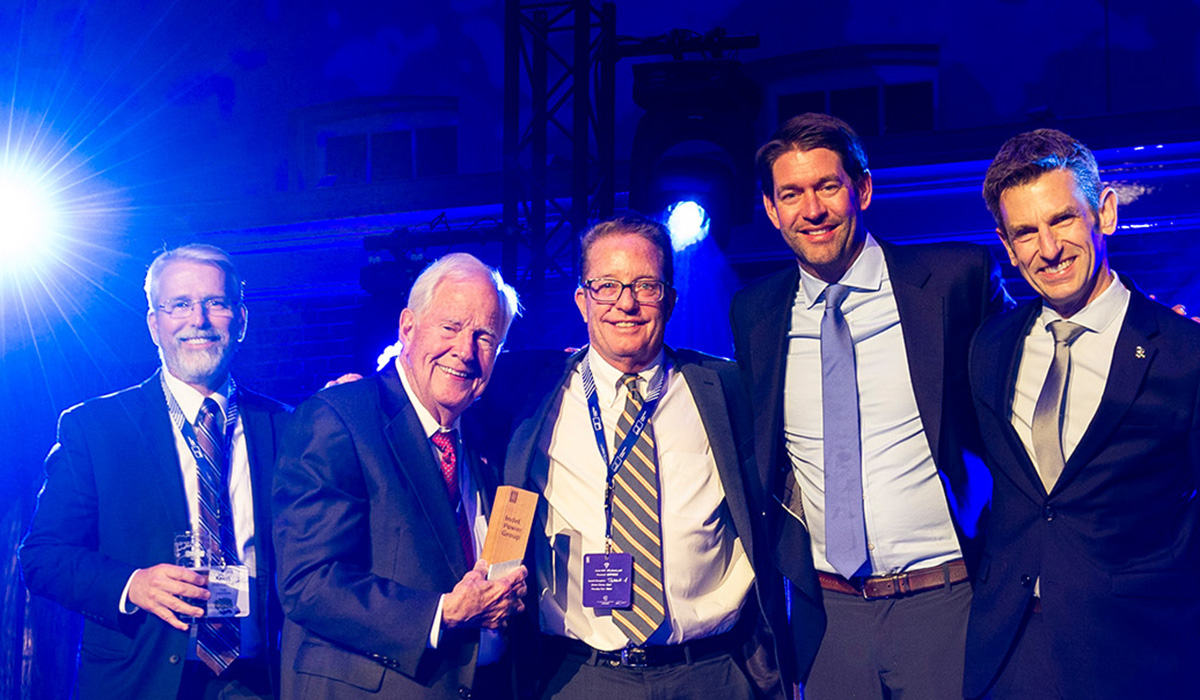 During the week of May 9, members of the Indel Power Group executive team (pictured, left-right) – Kevin Brunette, Herb Haneman, David Johnson, and Bob Shomo – traveled to Amsterdam, Netherlands for the Rolls-Royce Global Distributor Principal Conference. At the conference, Rolls-Royce hosted an Awards Dinner where Indel Power Group was recognized for 55 Years of Partnership and awarded 2021 Distributor of the Year.

The Distributor of the Year award is presented to the top three performing mtu distributors in the Rolls-Royce Power System AG global KPI Program. The KPI Program rewards holistic performance of distributors across financial and non-financial criteria. Indel overachieved the Original Equipment Sales targets for the Marine and Government markets as well as for Service. Indel’s non-financial KPIs covering Operational Excellence were also fully achieved.

“Rolls-Royce is pleased to award Indel as our Distributor of the Year. Indel is a leading partner of Rolls-Royce and has set the bar high for superior performance in the last year by delivering on their commitments via the KPI Program. We thank Indel for all their effort and the entire team says congratulations on the well-deserved award,” says Sigrid Dolan, Director, Americas, Network & Distribution and Global Contract Management, Rolls-Royce Solutions America Inc.

While the Award is presented to the top three performing distributors across the globe, Indel Power Group was the only distributor in the North American region to have been awarded this honor.

“This is a massive accomplishment that underscores the decision to merge our great companies to form Indel Power Group. Our continued growth, combined with our 55-year history as a trusted global partner, demonstrates that Indel is a formidable force in the marketplace,” says David Johnson, Chief Executive Officer, Indel Power Group. “Congratulations to everyone that played a role in earning Distribution of the Year and thank you to each employee for their continued efforts towards Indel Power Group’s success.”