Curtis Power Solutions, working under Starr Electric and Environmental Air Solutions while collaborating closely with Russelelectric as their gear and ATS supplier, played a critical role on the team that designed and implemented a modular Central Utility Plant (CUP) for the new Capital Region Medical Center complex. The new facility—designed for LEED Silver certification and powered by 21st century technology—replaces the aging 75-year-old Prince George’s Hospital Center in Cheverly, MD.

Curtis was selected as the powergen equipment and service provider from an array of bidders, offering the best combined package option to meet the owner’s needs. Curtis differentiators included a long history of successful experience in providing large facilities with new mtu Combined Heat & Power (CHP) systems known for the Rolls-Royce emphasis on quality.

Another differentiator for Curtis is its central location in the Baltimore-Washington region, which ensures optimal response time in emergencies and has a positive effect on the cost-of-service contracts.

Efficiency is the Key

Curtis consulted on specification of the systems to produce a stable and calculable heat load for the facility’s mission-critical 24/7/365 operation. This means that the facility requires a source of uninterrupted heat and electrical power around the clock, regardless of power supply from the grid. Curtis also provided the paralleling switchgear, transfer switches and two 2000 kW emergency backup diesel power generators to service the entire hospital in case of an emergency. The entire utility plant is separated from the hospital and is a completely modular two-story building.

To accomplish these requirements, Curtis provided a 2MW CHP system engineered for an integrated building install. As part of the system, the Curtis team provided the first mtu 20V4000 CHP generator set installed in the United States. Curtis has been a pioneer in this technology since the mid-1980’s, beginning with the Brown Station Road Sanitary Landfill project in Prince George’s County, MD. More recently, Curtis has installed and provided service to other large-scale CHP systems in Maryland facilities, such as the Horseshoe Casino in Baltimore, and will soon provide the CHP generators and boilers for WSSC’s Piscataway Water Resource Recovery Facility in Accokeek, MD.

In a typical generator system these factors are potentially wasted energy, but in CHP systems they are ready to be captured and leveraged to create the highest efficiency possible. This heat is then sent to the potable and process water systems to preheat the hot water used throughout the hospital, thus reducing the burden on the hospital’s boilers. The electricity produced by this 2MW generator will be used by the hospital to offset its need from the local utility, Pepco.

Since this type of system is more complex and requires more upfront costs, it’s not a commonly-selected option. But, when properly implemented, it more than pays for itself over the life of the engine. Efficiency is the key.

Benefits for the Facility and Community

This new 259-bed hospital and medical/trauma center encompasses 620,000 square feet of a 26-acre site in a Maryland county that has been underserved for decades. It will have far-reaching benefits to the entire region because of its capacity, enhanced services and easy access to major transportation options. With this CHP system at the core of the utility plant, the facility’s effectiveness, efficiency and economic viability are ensured for decades in the future. 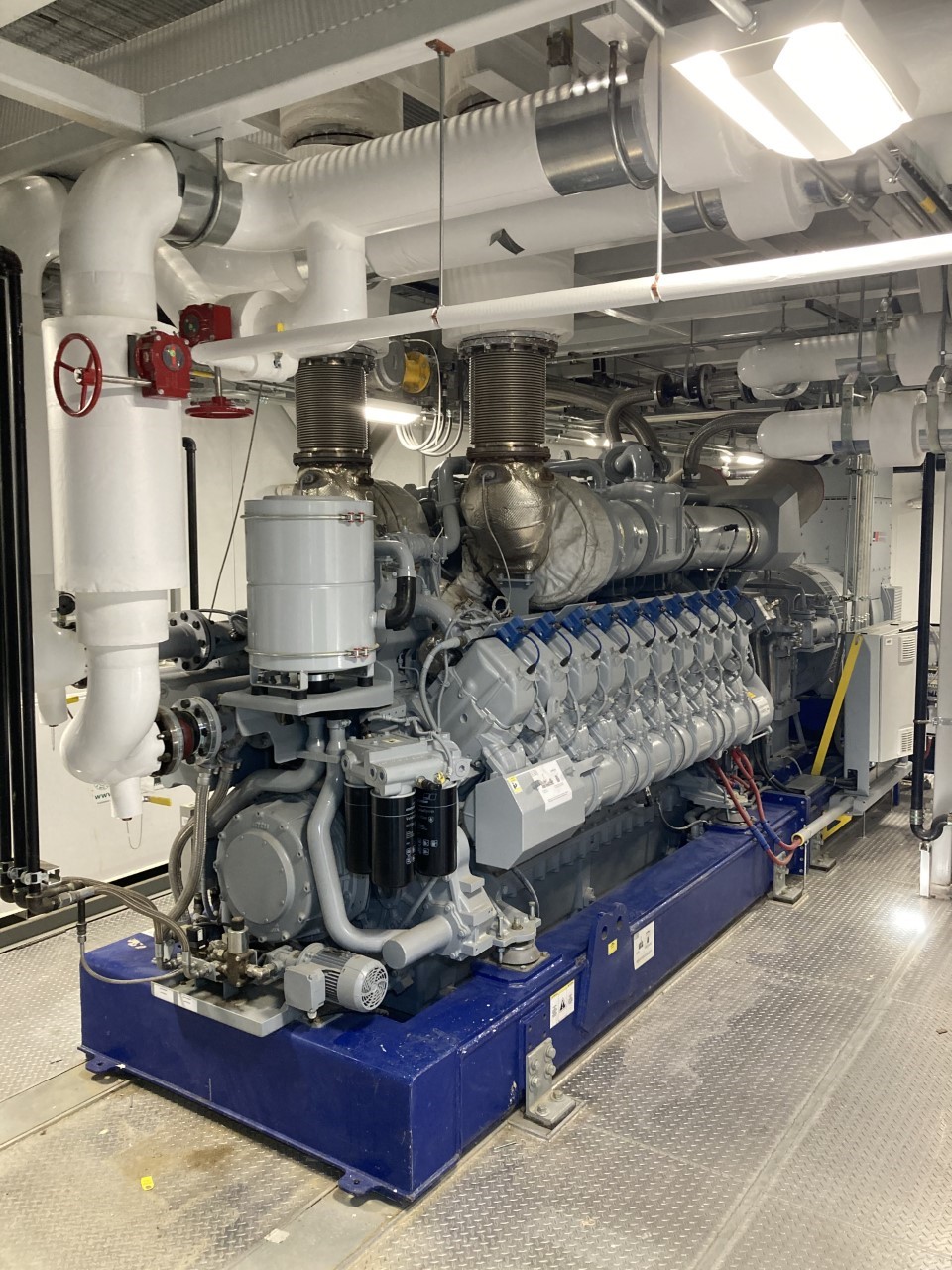